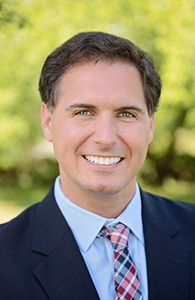 Richard J. Pasiewicz, DDS, MA
Dr. Richard J. Pasiewicz was born in Chicago and raised in Glenview, Illinois. He earned his undergraduate degree from the University of Notre Dame and his master’s degree in medical science from Boston University. Dr. Pasiewicz went on to complete his dental training at the University of Illinois at Chicago in 2011 and his general practice residency at Advocate Illinois Masonic Medical Center in 2012. While in dental school, Dr. Pasiewicz was awarded the Pierre Fauchard Academy Senior Student Award, the International College of Dentists Student Leadership Award and the Foundation of the Pierre Fauchard Academy Award, as well as served as Class President throughout his tenure. He returned to the University of Illinois at Chicago for his advanced endodontic training and graduated in 2014.Dr. Pasiewicz is a board-eligible endodontist and an active member in the American Dental Association®, the American Association of Endodontists, the Illinois State Dental Society, the Chicago Dental Society, and serves on the boards of the Edgar D. Coolidge Endodontic Study Club and the Elevated Dentistry Club. In addition, he is also on the faculty as an attending physician and part-time educator at the Advocate Illinois Masonic Medical Center, and was a Clinical Assistant Professor at the University of Illinois at Chicago’s College of Dentistry. Since 2014, Dr. Pasiewicz has volunteered his services to patients from Donated Dental Services, a branch of Dental Lifeline Network, which coordinates free dental care for patients who are permanently disabled, elderly or medically compromised.In his free time, Dr. Pasiewicz enjoys cycling, playing tennis, cooking and traveling. He also enjoys spending time with his wife and three daughters cooking together, visiting museums and traveling.